Best Things to Do in The Whitsundays

With its clear blue waters, soft sand, tall palm trees, the Whitsundays is a true paradise in Australia. It’s composed of 74 islands bordered by the Great Barrier Reef, located in Queensland, the tropical Northern part of Australia. Many of the beaches here have been named as some of the best beaches in the entire world. It's been on my bucket list of places to visit ever since coming to Australia last time, so I was really excited for the getaway here and relax during the three days we were here for.

We flew into Hamilton Island from Cairns. This was a short 1 hour flight, but one of the most scenic flights I’ve ever been on. You’ll definitely want to be on the window seat here. I snapped a couple of shots of the early morning before landing into Hamilton. 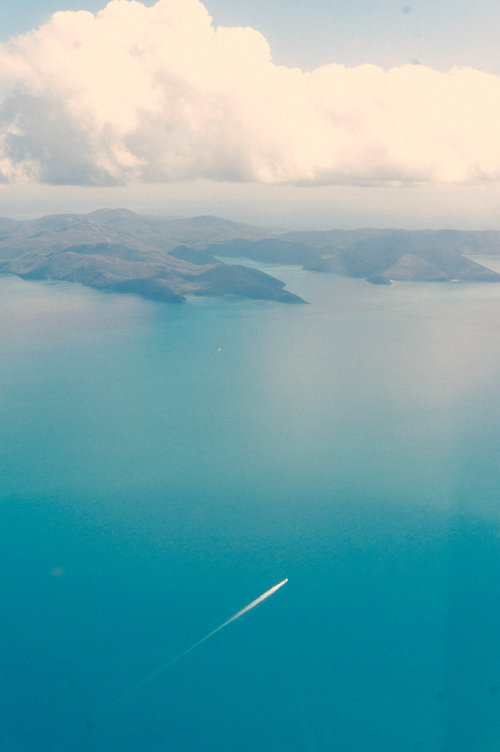 Originally, we hadn’t planned on sightseeing Hamilton Island. But while we were outside waiting for our ferry, we saw tons of people driving away in buggies (golf carts). We decided to rent one as well for a couple of hours to sightsee the island. This was probably one of the best spontaneous decisions we made on the trip.

Visiting Hamilton Island is like going to an amazing resort... but on an entire island. Everything oozes of posh and class. And sometimes a girl likes the bougie life ok :) We stopped our buggy every few minutes to capture amazing shots of the island (basically everywhere you stopped was a perfect scenic moment). When we drove up One Tree Hill, the jaw dropping views of the entire island blew us away. At CatsEye beach, we saw some of the clearest waters that was so refreshing to swim in after a hot day outside. I definitely recommend renting a buggy and seeing the island, and even staying for a few days (if your budget permits) 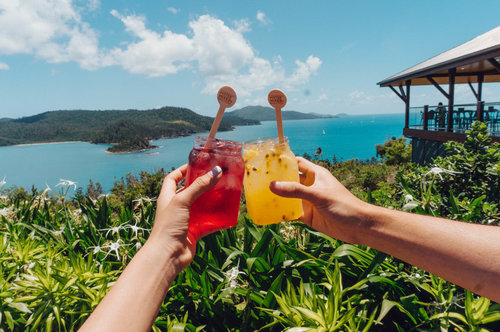 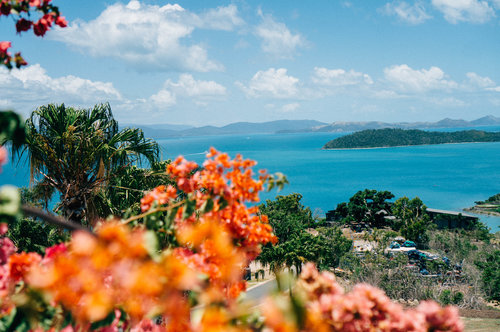 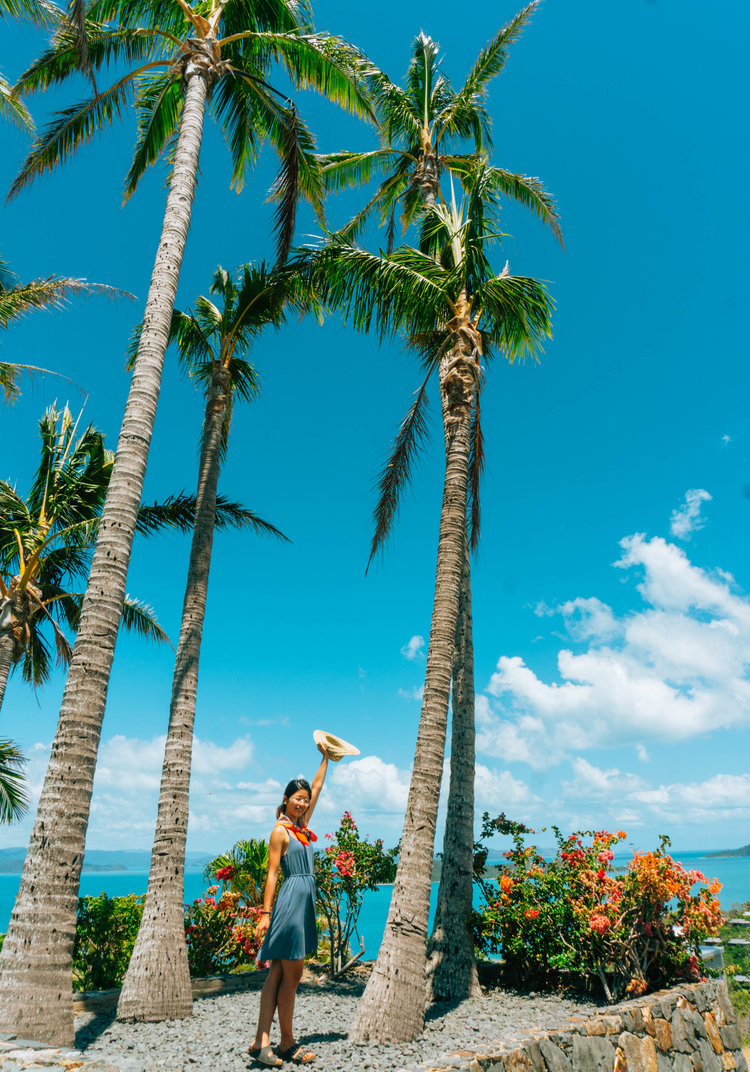 Whitehaven beach is regularly voted as one of the world’s best beaches as it has one of the highest content of silica in its sand. This also means that it’s extremely soft to the touch and also doesn’t get hot in the sun. We spent two days here on two separate experiences. The first, on the Thundercat cruise and the second, on a seaplane with Air Whitsundays. We visited two different beaches in Whitehaven and saw two very different experiences with each. The Thundercat is a new, and very fast boat geared towards young, adventurous travellers whereas the seaplane experience was a more luxurious and leisurely way to see the Great Barrier Reef and Whitehaven. 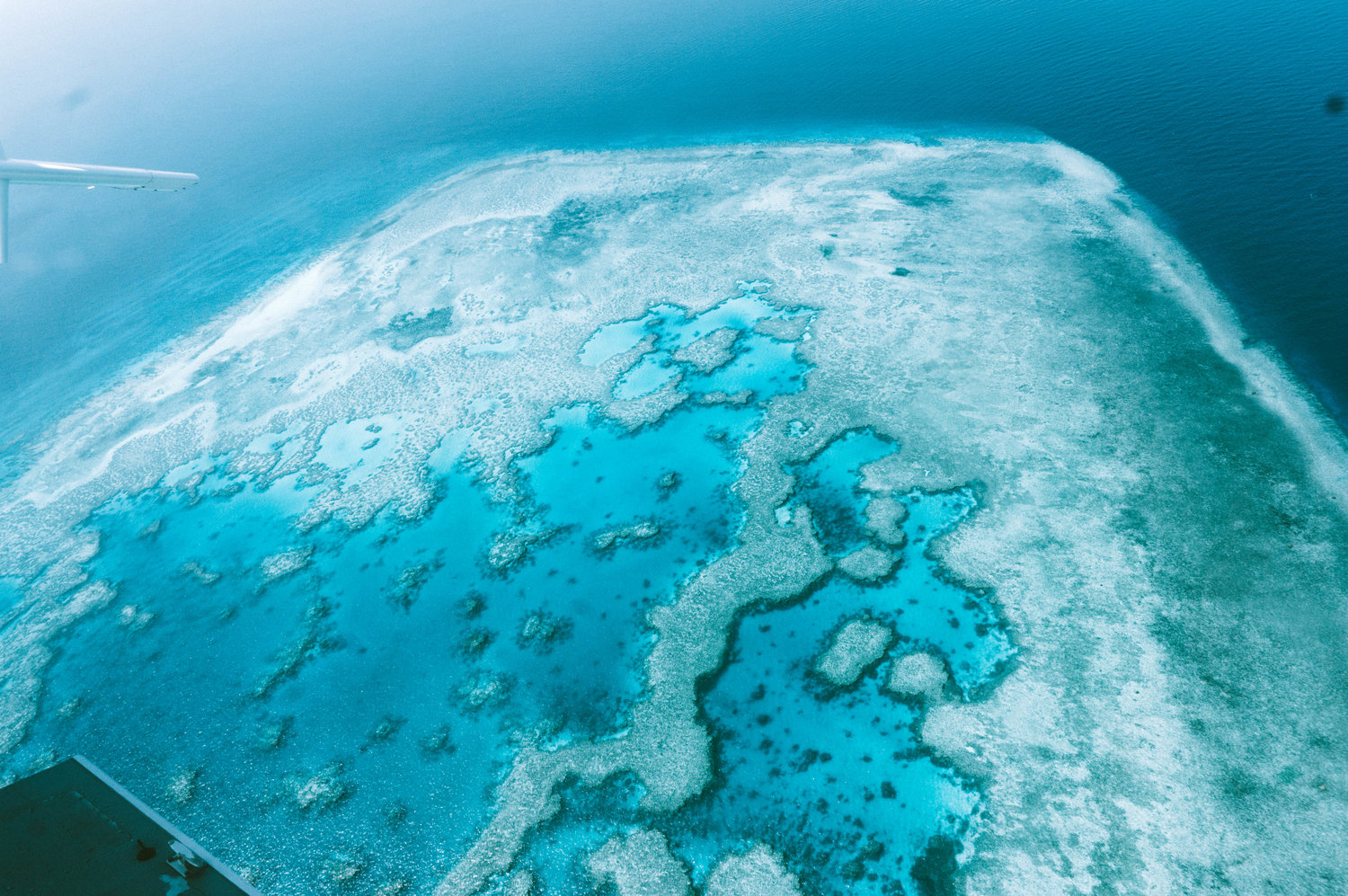 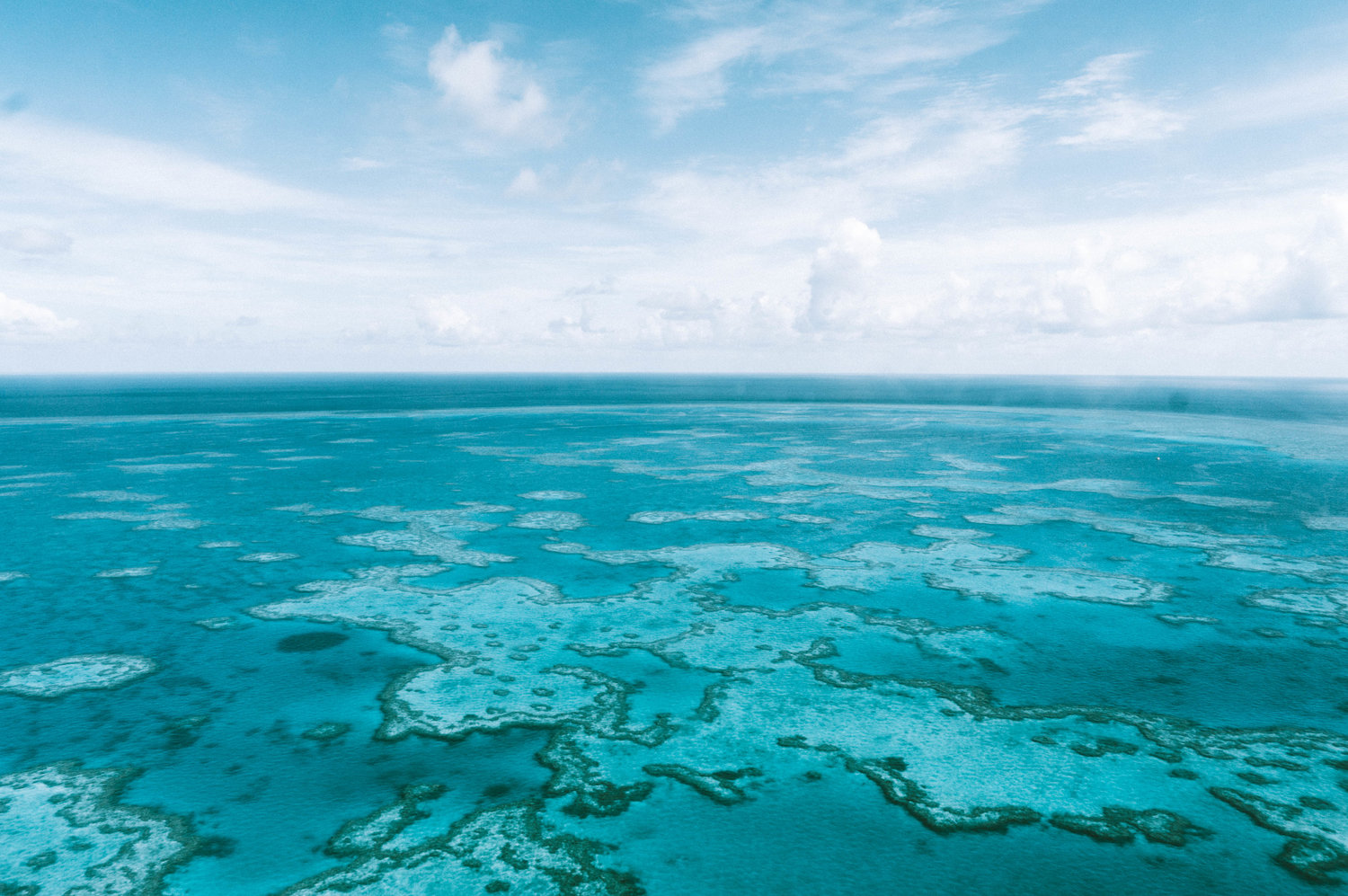 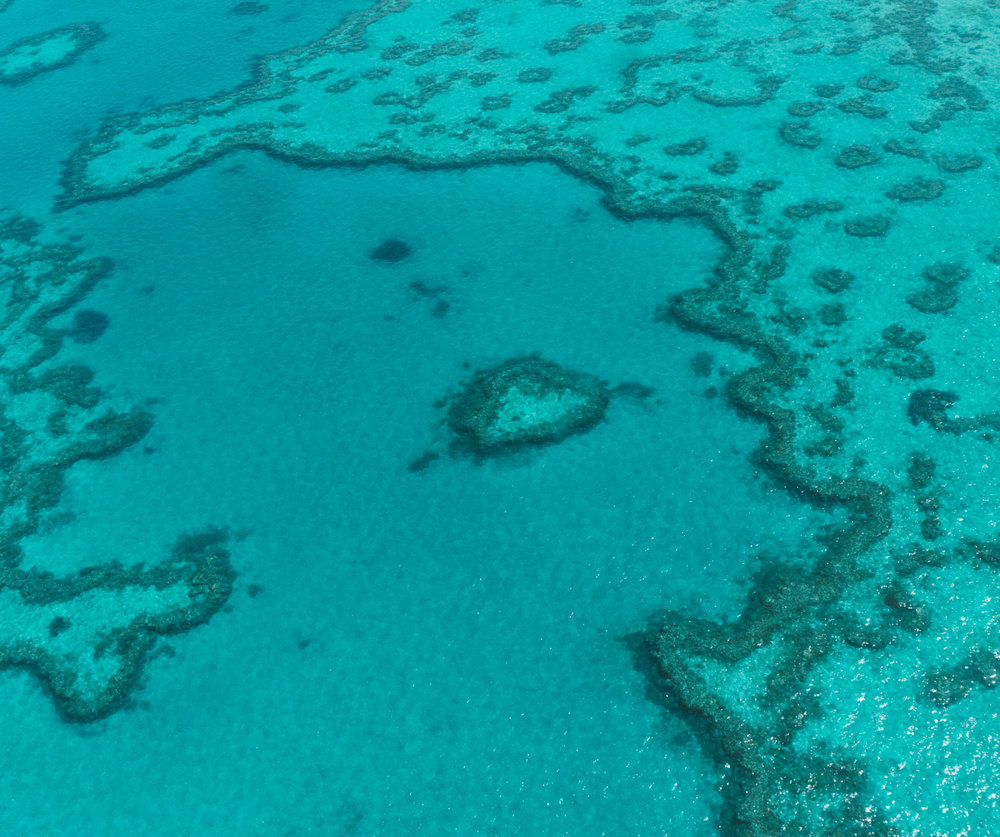 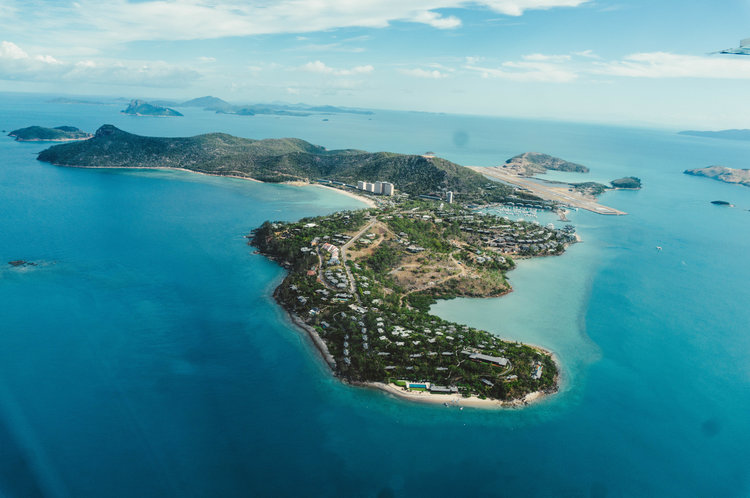 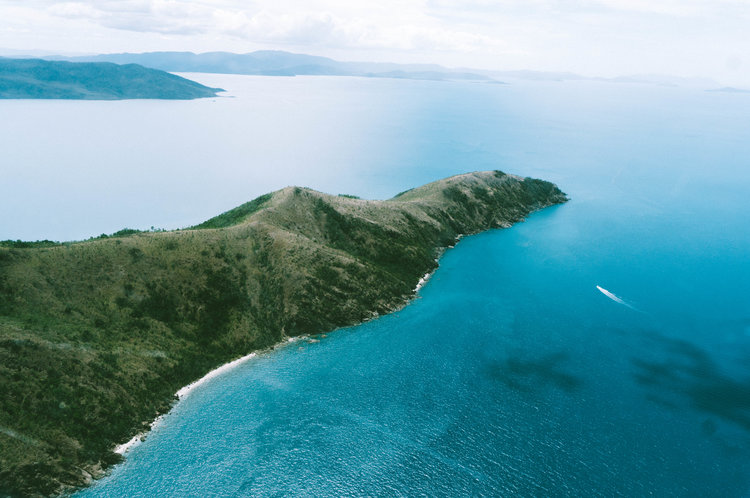 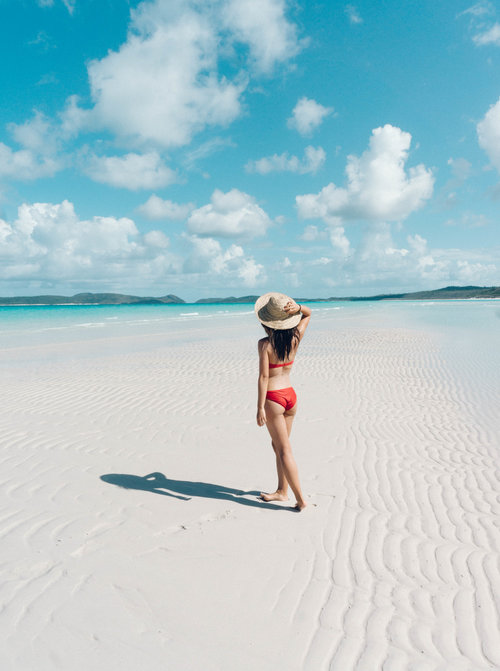 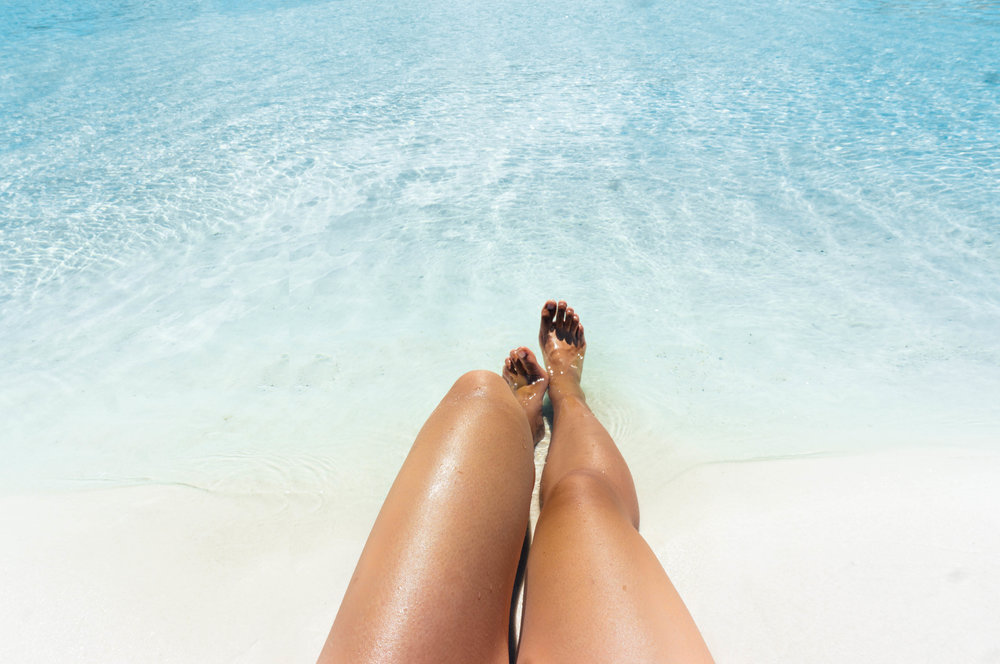 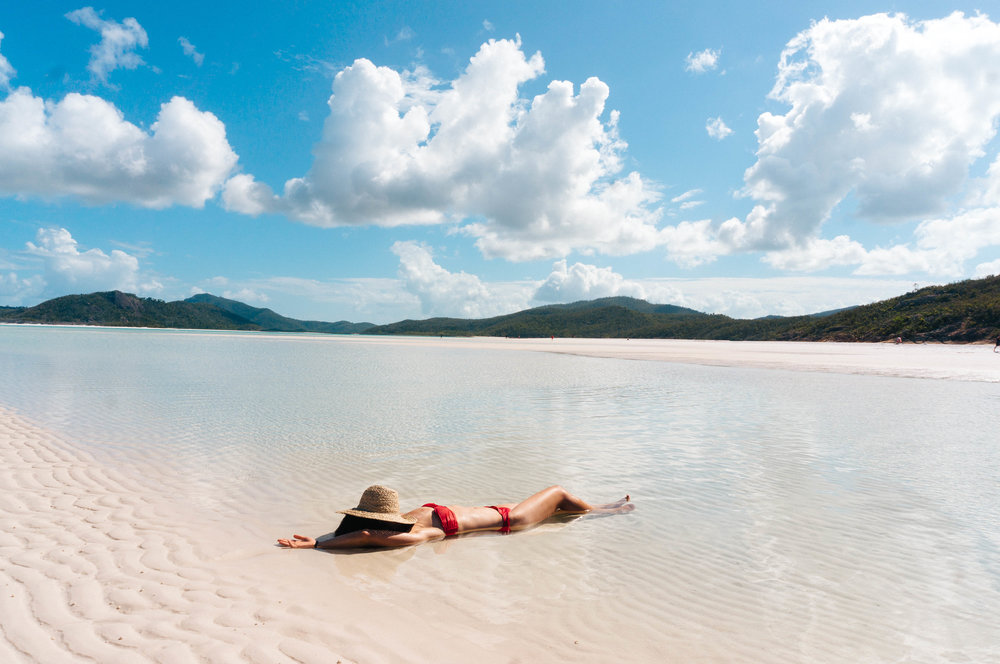 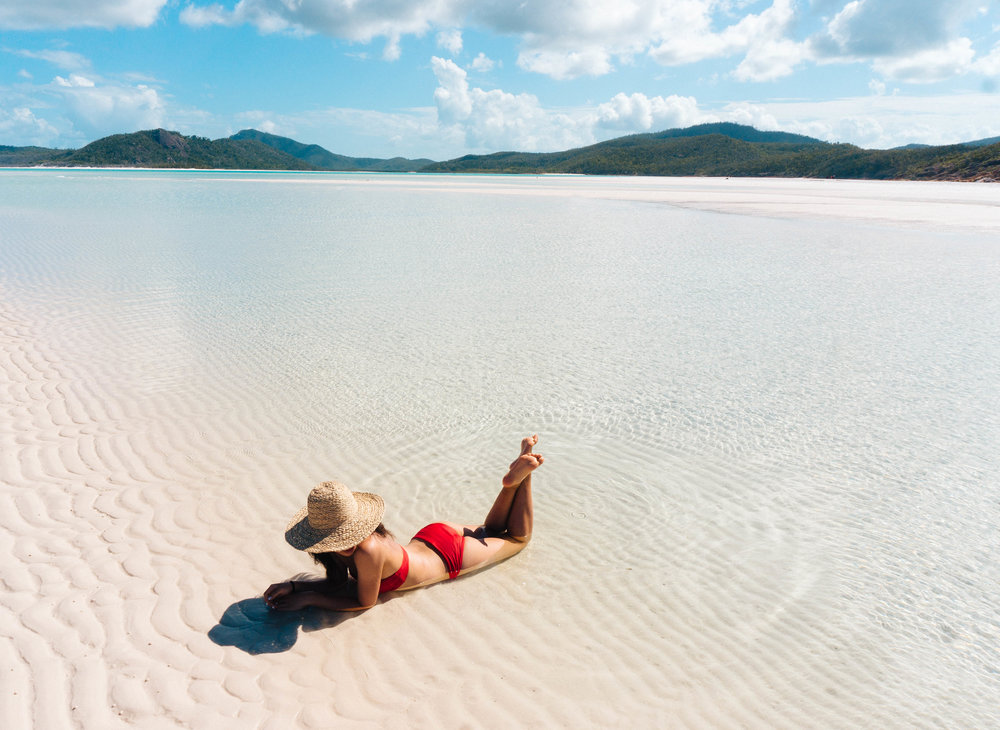 We stayed in an AirBnB in downtown Airlie Beach. Downtown Airlie Beach is geared towards young people and backpackers and a lot more affordable to stay for a few days. There are tons of cheap places to eat, hang out and have a good time. We also saw some people grilling their own food, which is a great way to save money! For cheap and delicious food, I recommend checking out a Vietnamese place called D'Viet House. On Saturday mornings, there’s a farmers market in downtown Airlie Beach, which has everything from clothing, bath salts, to delicious coffee, sandwiches and mangos. We bought 3 different types of mangos here for $5, which was an amazing steal because they were so yummy. We had a blast exploring all the beaches here. Hope this gives you some inspiration for your future travels. Happy holidays!

Read more about their travels and adventures on her blog.